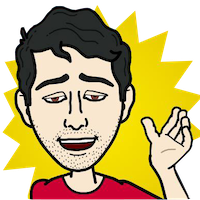 Developing forms can sometimes be trickier when different kinds of form validations are involved. When using angular, this becomes even difficult when we use both the user input as well as an angular model (ng-model) to update the content of a form element, for example, an input.

When the content of the input changes from both the user input and programmatically from ng-model, we can use angular’s ngModel $parsers and $formatters to evaluate update input value and validate.

$formatters are an array of functions similar to $parsers which will run as a pipeline, but only when the $modelValue of the model is changed. $modelValue of a model is only changed when the model is updated programmatically by an angular controller. To validate the input when its value is programmatically changed by angular, we need to add a formatter function, inside which we run the validators.

We are now going to write a custom directive which can be used for validation. See the following example.

We have imported ngModel controller into the directive using require: 'ngModel' property. You’ll see later in this post that, after importing ngModel directive, we can access the $parsers, $formatters and some other model properties inside the directive.

In this example, we enforce that the name should only contain alphabetic characters and spaces. For validations, we use validateName function, which returns an array of validation errors if any.

We will see what happens if we provide the following validation errors array to our local setValidity method.

Now we are writing an HTML form that uses this newly created directive.

Note that I have used some bootstrap styles here.

Let’s see what happens when model.$setValidity method is called with first parameter as required and the second parameter as false.

Now let’s go back to our directive.

In our local setValidity function, we are clearing existing errors of the model in the first line. Take a look at the following line.

Now, we are going to look at how our $parsers and $formatters are going to help us do the validations when the input changes.

We are now pushing a new function (a parser) at the start of the $parsers array. This function will run when the $viewValue of the model changes, with the first parameter as the updated $viewValue. This method returns a value that will be reflected in the UI input.

Let’s see how to run validations when the model changes programmatically.

$formatter function is identical to the $parser function, when the model changes, this function will be invoked with the first parameter as the updated $modelValue. Similar to the previous case, we’ll run the validators as the first step of this $formatter method as well.

Now, we are ready to display these validation errors in UI. We’ll display a red border around the text input, if the input is invalid. For this, I use bootstrap has-error class along with ng-class directive.

We can’t stop there. We need to show the user what the validation errors are, so that he can correct them.

Now we can see the validation errors as follows: